My first trip to Japan and I’ve learnt an incredible amount! This summer I visited Tokyo, Hiroshima, Kyoto, Osaka, and Hakone, and I’ve returned in love with the country (despite arriving in the midst of their hottest heatwave in 130 years!).

The landscape varied from huge skyscrapers with streets filled with neon lights, to roaming rice fields which were greener than anything I’d ever seen. The people, however, didn’t change. They were beyond friendly wherever we went, even if they knew no English. I think this is the main thing I’ve taken away with me. We didn’t meet a single Japanese person who was rude or unpleasant. They would go out of their way to help us and make us feel welcome. One day, in Shinagawa Station in Tokyo, we were completely lost looking for the Shinkansen (bullet train) and a man approached us out of the blue to ask where we were going. We showed him our tickets and he sped off, with the four of us in tow. Winding through a shopping quarter and round various corners, we emerged at the Shinkansen entrance. We barely had enough time to say thank you to this gentleman before he shot off. He didn’t even work at the station!

Another aspect to really catch my attention was the thoroughness and organisation; it was like every eventuality had been covered and there’d still been time for great presentation. With regards to the latter, I was so impressed with how beautifully they wrapped anything you bought. Just a scarf was wrapped in printed paper with a cute sticker, then placed in a box which was then also wrapped and placed in a lovely bag, then placed in yet another bag. It sounds excessive but it did make everything feel special. In this thoroughness is where you really see many people’s strong work ethic, but also the fact that they fully understand the phrase “you eat with your eyes”, and this is most definitely true (particularly when you can’t read the language on the label!).

When talking about organisation, all you need to do is show someone the Tokyo subway. With lines drawn on the floor for queuing, which everyone follows diligently, the passengers getting off are always given space before new passengers get on. For someone who’s just spent a year living in Paris, this was fascinating! In Paris there were plenty of situations in which I didn’t think I’d be able to get off at my stop, whereas in Japan, particularly once we’d mastered the phrase “Semimasen” (excuse me), people would move aside and let you off without a fuss.

Now, there’s one thing in Japan which absolutely couldn’t go unmentioned: the toilets! Wow, these are incredible. I felt like I found a new function in every toilet I came across. Have you ever seen a toilet with multiple ways of washing your behind? Or how about a dryer? Or a deoderiser? Or even a button to play music so that your neighbour can’t hear you while you go about your business? We came across ones which played applause, jungle sounds, symphonies… And oh how clean! I’ve never felt so relaxed to use a public toilet, and especially not a major train station toilet! They must be so shocked when they come over to Europe and find themselves in a McDonald’s… I know it sounds ridiculous to mention, but I was honestly baffled at how well everything is kept, not just by staff, but the general public too.

These are all things that really stuck with me from the trip, but I’m conscious that I can’t fit everything into one blog post, so make sure to keep up with the next few posts to read about the individual cities! 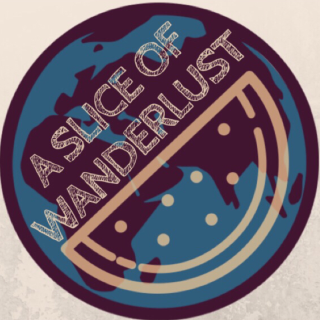